Education for every phase of your UX career

Focus on the specialist skills of
user interface (UI) design

Get a comprehensive introduction
to UX design

Software and Coding Fundamentals for UX

Meet our leadership team with UX and education expertise

Members of the council connect us to the wider UX industry

How to convince your boss to invest in UX 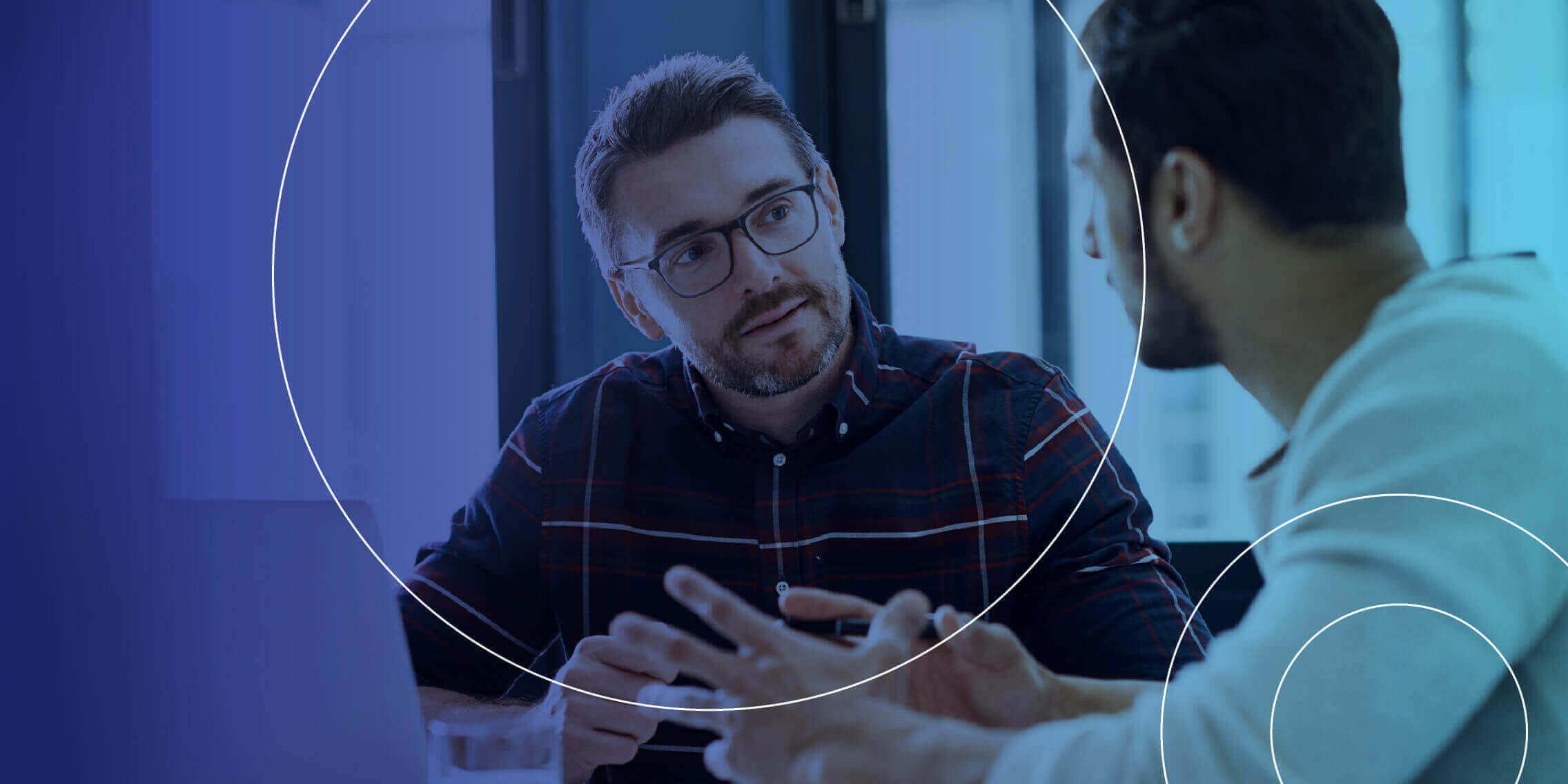 It’s a question we get asked all the time. And in advance of our upcoming course in Brussels, we asked some Belgian UX designers for advice.

Here’s what they had to say.

For a long time managers and organisations did not have to listen to their customers. The solutions and services they offered were company-centric and they used marketing campaigns to convince people to use their products. In these campaigns, they were able to push their own ideas as a way of persuading people they needed their products.

This changed, although very slowly, with the arrival of the internet. Marketing became less relevant. Pioneering companies built reputations through great user experiences, and through services that matched what people actually wanted.

And customers began to realise that products and services didn’t have to be purchased solely on the company’s terms. People are used to it now and are willing to change banks, airlines, travel agents, if the user experience of their current provider doesn’t satisfy their needs.

But still some organisations and managers think they know better. They think they can still just push a product because customers don’t know any better. They think they don’t need a user to develop a product. They rather invest their money in big marketing campaigns trying to get spikes in their sales instead of investing in UX and creating a lasting overall improvement in sales.

The most successful tactic I’ve used is taking people to a user test. Nothing is more arresting than seeing a customer struggle to use your product not being able to perform a simple task. It builds a very strong case, and it has worked well for me on several occasions.

If you don’t perform face-to-face user tests, use a tool like Hotjar which captures screencasts of users completing tasks and workflows. Any sessions where users abandoned the flow without converting are valuable. Managers will realise that not all users are able to use the product or service as they intended.

Start with a small use case that proves UX is important. Whether it be a small test you run on your website or product or a small improvement you make to it that later has an impact on how people use it, you need to have something concrete to show. Once you have this check that your evidence is convincing enough by showing it to your colleagues. If you can convince people who work with you on a daily basis that you must test or improve the product you’re building it will hopefully also convince your boss.

If you fail at first to convince management, keep on trying to find the right angle. Try to test or improve a small part of the product that’s especially dear to them. And if everything fails maybe it’s time to find a new company, there’s enough of them out there who want to invest in UX and probably could use an employee like you.

One reason is that they are not familiar with UX methods and are afraid it might take a big investment in time and people. Another reason is that they are quite convinced that the solution that they (or their design department) has in mind is the best for users, because they know (or at least think they know) some of the users really well. And last but not least, they think that UX is not their responsibility, but the responsibility of another department.

I think patience is important. I have seen new people in an organisation, forcefully evangelising UX. It proved to be a bad approach, and resulted in a lot of frustration and eventually a dismissal.

I believe it is better to be determined, and to work patiently. I don’t believe I have ever been so successful that I changed an organisation completely. But by repeating the things I believe in regularly, eventually I’ve became the designated UX person on the team. This opened up opportunities to explore the user experience more deeply.

Keep in mind that one person doing UX research costs much less than having a development team implement a couple of features during five sprints. The earlier you find out what is wrong with a product the better.

Start small. Ask for more design and preparation time. Just one or two weeks extra can give you the time to do a little test or a small survey.

Become part of your local UX community, where you can meet likeminded people, learn about new methods, and hear how other people have tackled this dilemma.

Be determined, don’t give up too soon.

Build your UX career with a globally recognised, industry-approved qualification. Get the mindset, the confidence and the skills that make UX designers so valuable.

It’s not their first priority: functionality, performance and stability are typically higher on the priority list.

In addition, the investments they have made in UX so far haven’t always returned results. Maybe they appointed someone internally and expected that one person to do miracles: “we have someone, so we’re fine”. Or they have been misinformed and/or disillusioned by sub-par self-proclaimed UX ‘experts’.

Finally, UX is not a one-shot investment. It doesn’t stop with one big effort to develop a great website or application, it requires a continuous investment to update and improve.

Getting managers and other stakeholders out of their building to observe and talk to actual users and customers. Witnessing users struggle with their website or application during user testing always makes an impact. Then they need to be presented with actionable solutions or an approach on how to solve it.

First, understand the UX maturity level of the organisation and then suggest the appropriate UX tactics to grow the business.

If they are not convinced, move to undercover UX tactics. Get below the radar to gather evidence. A budget for 20 test users is a lot to ask. But if you take the initiative to organise three tests by yourself and show them the results afterwards, it always makes a strong case.

Businesses are very focused on visible, tangible results. Success is measured by how many products are released, how many features it has, how many different things it can do. Of course tangible results are important, but too much focus on production leads to wasting time and money on things that ultimately don’t work, or don’t work as well as they could.

UX emphasises learning; it embeds research, iteration and failure (yes, failure) right into the production process. It’s a big change of mindset to shift resources from production to things like research, prototyping, testing, and other activities that aren’t directly building product. But in the end, UX is focused on building the right thing – not just the biggest, or most robust, thing.

This is a big change of mindset. And the bigger an organisation becomes, the more difficult it is to change. Startups have a much easier time embracing UX because they’re starting from nothing – their first tasks are naturally going to be centred on research, trial and error and learning about users and markets. So it feels natural to them to continue investing in UX even as they start to grow and compete in major markets. Corporations carry so much legacy in their processes, structure and product line, it often takes a major upset to get them moving in a different way.

Honestly, the most effective persuasion tactic is just… failure. Businesses who suddenly find themselves losing market share to a competitor or startup are the most willing to try new things. It’s a shame that so many businesses wait to get to that point, but fear is usually the most effective motivator.

Aside from that, I find user testing is the number one most effective way to convince people they need to invest in UX. Even the most empathetic product manager, who spends hours talking to customers, can and will miss things an outside UX expert will see. User testing can show them how users actually use their product – where they struggle, when they give up, how often they resort to using other tools to get them through a process. These stories are incredibly enlightening.

I would suggest multiple tactics.

There are lots of solid statistics on the ROI of UX to get started:

Survey your own industry. Technology startups – especially those who dive deep into UX and customer-centricity tactics – are disrupting and overturning massive, time-tested industries. In 10 years, 40% of Fortune 500 companies will be gone, largely due to this kind of UX and tech disruption. Are there VCs investing in new technology and startups that could disrupt your business? Are there parallel industries looking to encroach on your service and customer base?

Ask your users, and test your products with users. This is the most important piece. When I consult people inside big corporations, I urge them to get solid feedback from their users however they can. Even if it means doing it without permission. Sneak it into another project. Borrow numbers from a competitor. Buy reports. Even the most bureaucratic of organisations can’t ignore the basic fact that they rely on happy customers.

Thanks to Isabelle Dro at UXprobe for the introductions.

Thanks for subscribing to our newsletter

You'll now get the best career advice, industry insights and UX community content, direct to your inbox every month.

Learn the full UX process, from research to design to prototyping.

Certificate in Software and Coding Fundamentals for UX

Get a comprehensive introduction to UX design. 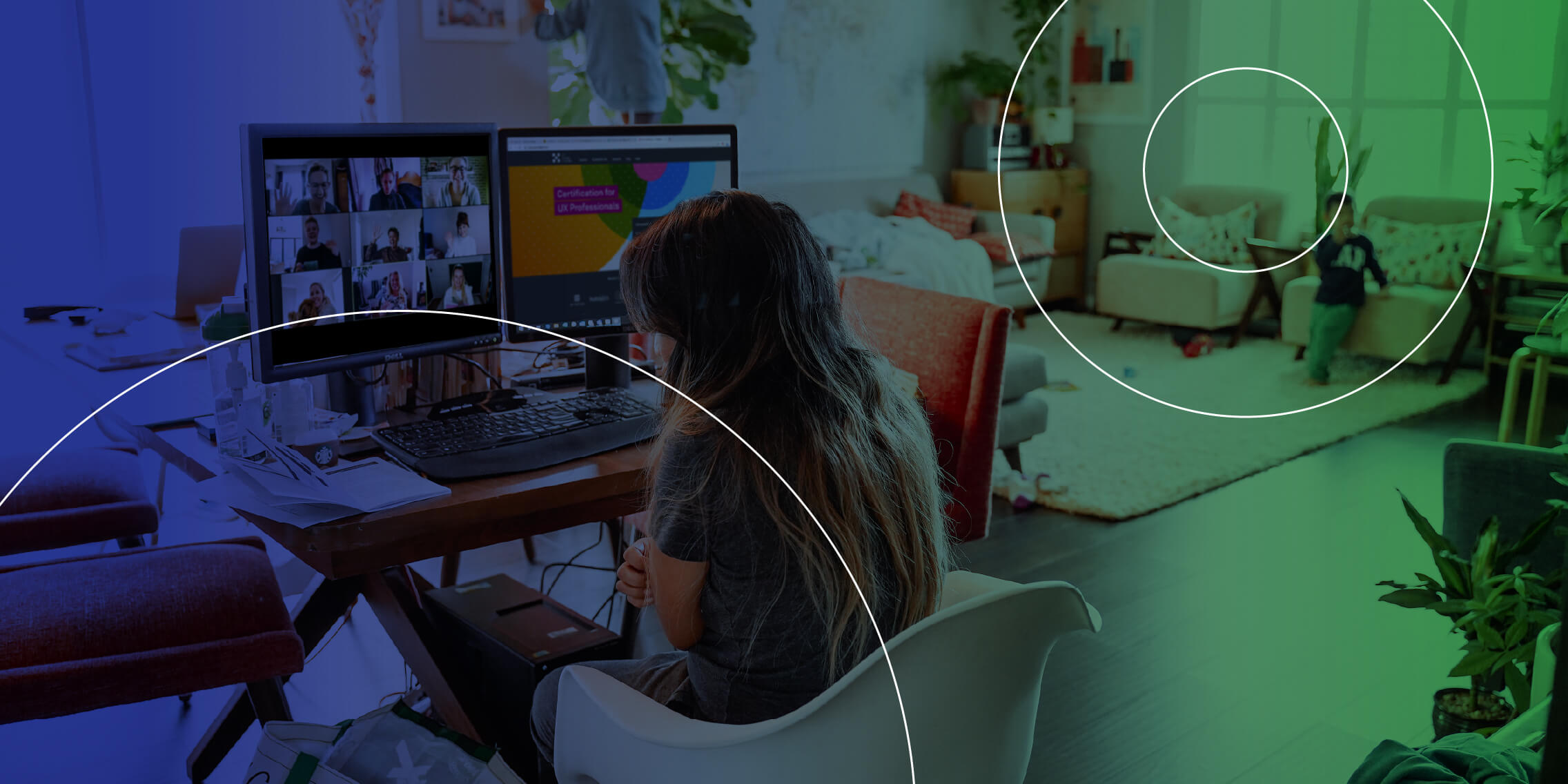 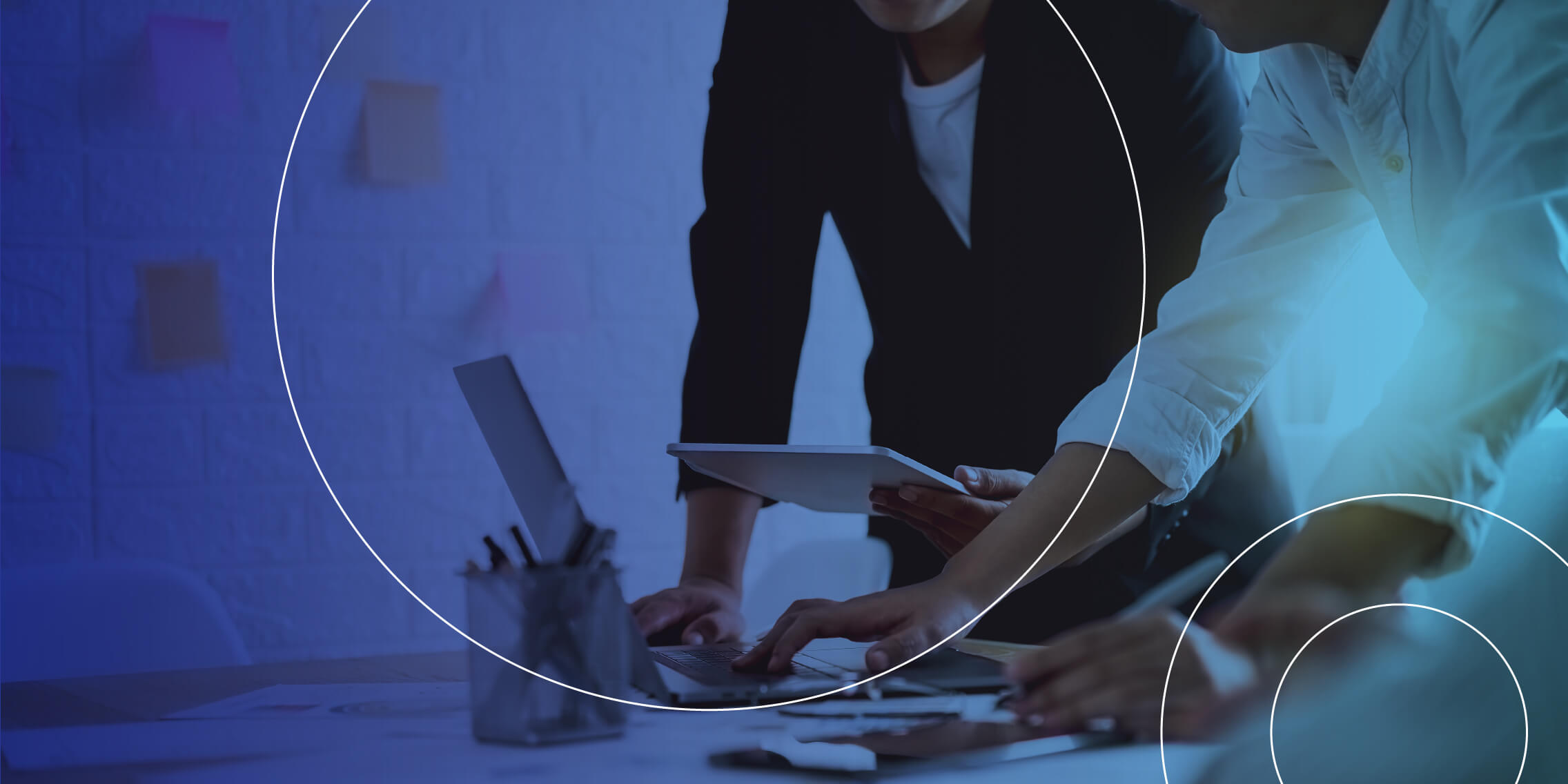 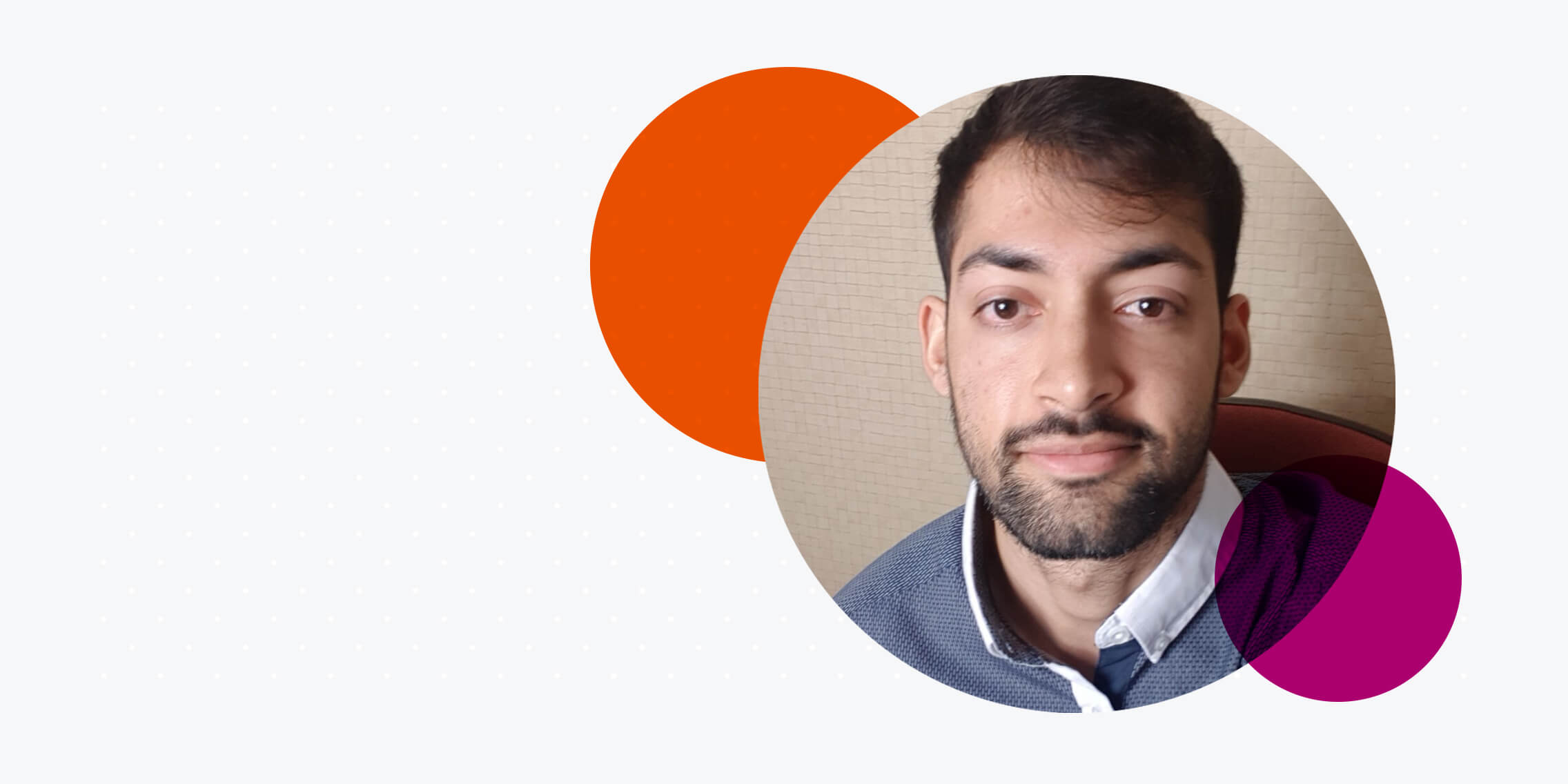 Build your UX career with a globally recognised, industry-approved qualification. Get the mindset, the confidence and the skills that make UX designers so valuable.